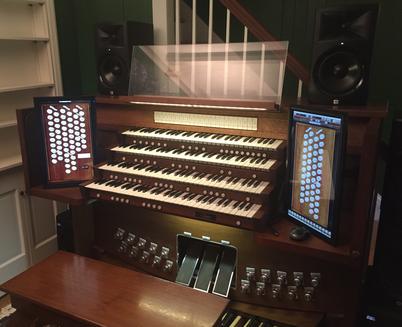 Opus 82 was completed in January at the Franciscan Renewal Center in Scottsdale, AZ. This beautiful instrument features 91 moving drawknobs and 24 moving tabs, and a full array of pistons and couplers. The keyboards have ebony naturals and cherry sharps. The touchscreen monitor is hidden in a sliding drawer below the right stop jamb, and small LCD displays are used to show expression and crescendo pedal position and other information.

The drawknobs were custom engraved to match the selected Hereford Cathedral sample set, and Hauptwerk 5 runs on a Dell computer with solid state drive. The audio system features 16 channels, including 2 subwoofers and 14 large full-range speakers. 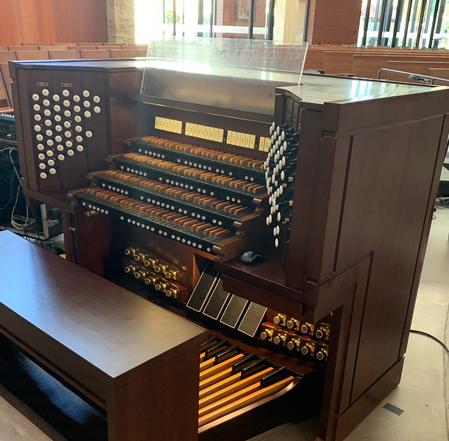 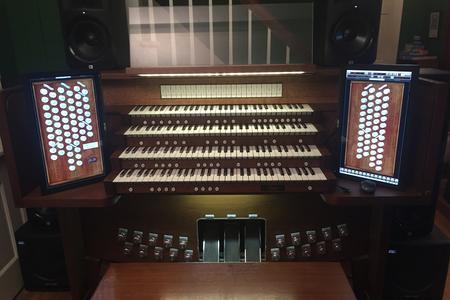 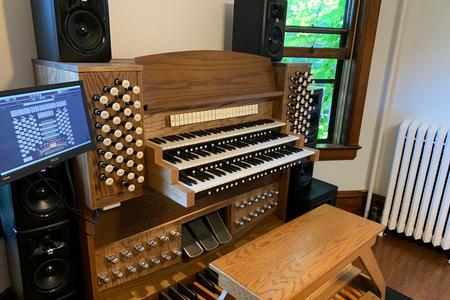 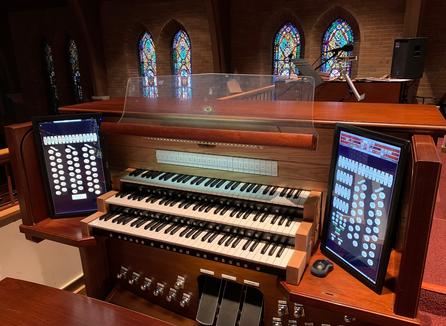 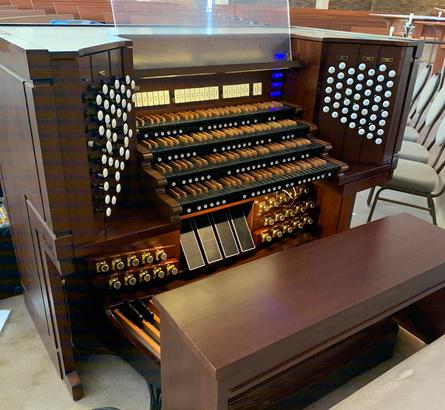 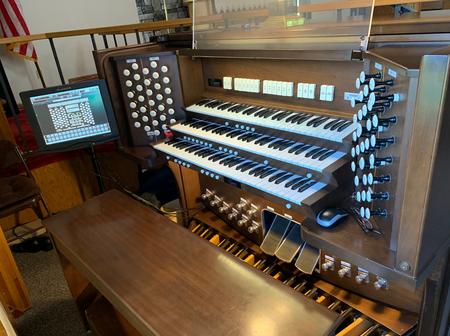 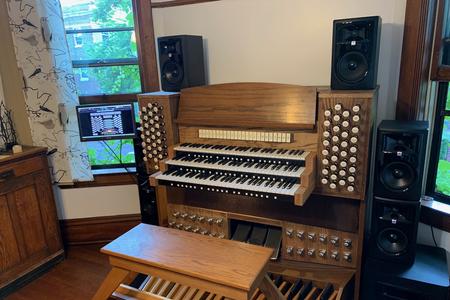 Opus 80 was installed in a private home in St. Paul, MN in mid-September. This console was custom designed to allow it to be moved into a second floor apartment in an old building with narrow doorways. The custom oak casework provides space for three manuals, 65 moving drawknobs, and 24 coupler tabs in a very compact euro-style console. The stops are engraved to match the selected sample set (the Hereford Cathedral Willis) and the setup includes a computer with 32GB of RAM and an eight-channel audio system with subwoofer. Headphones can be used for quiet practicing.

It uses the Hereford Cathedral sample set, and has a 10-channel audio system in which the Solo division is heard from the front of the church, while the Swell, Great, and Choir are in the rear. Stops are controlled via dual touchscreen monitors which are supplemented by 24 physical coupler tabs with custom engraving. The console has three expression/crescendo pedals, 16 toe studs, and 60 thumb pistons.

This four-manual console with lighted coupler tabs and dual touchscreens was recently installed in a private home in the NYC area. It features an eight-channel audio system with two subwoofers. The Salisbury Cathedral sample set is shown, but several other sample sets were also installed.